Armenia is one of the oldest countries in the world. It was also the first country that adopted Christianity as its state religion in the early 4th century. The country is known as the “land of churches” since it has around 4,000 churches and monasteries from millennia-old monasteries to crumbling cathedrals. Therefore, if you are planning to buy a tour to Armenia and you are interested in ancient churches here is the list of top 5 inspiring Armenian churches and monasteries you must visit.

Noravank Monastery is definitely a must see religious and historical Armenian monastery complex. The amazing Noravank Monastery was built in the 13th century. Noravank translates as “New Monastery”. It is famous for its two-storied St. Astvatsatsin church and for red cliffs. It was a major cultural center of its time, closely tied to religious and educational centers like the universities at Gladzhor and Tatev Monastery. The complex includes St. Astvatsatsin (Burtalashen) church, St. Stepanos Nakhavka and gavit, St. Grigor Church and Stepanos Orbelian Sepulchre. The central church of the Burtalashen complex has a unique design with a recognizable staircase. 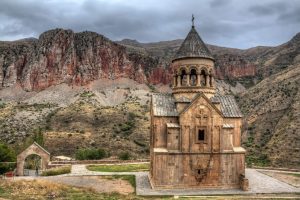 There are so many amazing khachkars (cross stones) in the garden, surrounded by the fortress walls.

Khor Virap (meaning «deep dungeon») monastery is among the most popular monasteries in Armenia. Khor Virap monastery is located about an hour’s drive away from the capital Yerevan.

Khor Virap was a royal prison near the Armenian capital of Artashat. King Tiridates III imprisoned Grigor Lusavorich for practicing Christianity. Though the king threw him in the dark pit to die, but a Christian widow fed him regularly for thirteen years. In the fourteenth year of Grigor’s imprisonment, King Tiridates went mad and yet the only one who could heal him was Grigor Lusavorich. Though they thought he was dead, they were truly amazed after they found him alive. He was able to bring the king back to his senses. Tiridates asked Grigor for forgiveness and converted his entire kingdom to Christianity in 301 AD.

The monastery of Khor Virap is an attractive spot for so many tourists. Besides that is also the closest point to the Biblical Mount Ararat from Armenia. 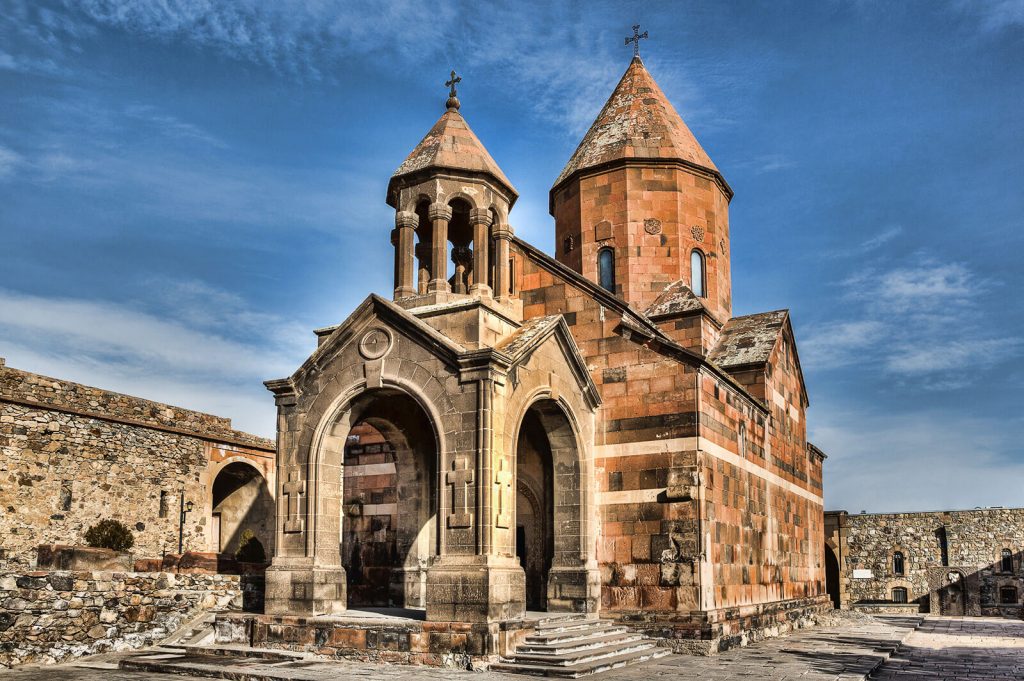 Tatev Monastery is in the center of Syunik, near the village of Tatev. In fact such position was strategically favorable because the monastery was the religious and political center of Syunik Principality. The name of the monastery was in honor of St. Eustathius, a student of St. Thaddeus. St. Thaddeus and St. Bartholomew traditionally were the first to preach Christianity in Armenia. The oldest parts of the church date back to the 6th century. Tatev Village is 280 km far from Yerevan. 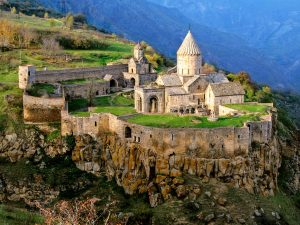 If you have planned a tour to Tatev, you must also see Tatever. Wings of Tatev or Tatever is an aerial ropeway to the natural and historic treasures of Syunik. It is a 5.7 km (5752 m) cableway between Halidzor village and Tatev Monastery in the South of Armenia. It is the longest ropeway of the World.

Geghardavank monastery is a magnificent monument complex of medieval Armenian architecture. It is located a little further along the Azat River in Kotayk province of Armenia. The word “geghard” means “spear”, originating from the spear, which wounded Jesus Christ at the Crucifixion. Though the monastery existed before the 4th century, they built the main cathedral in 1215. Geghard Monastery is arguably Armenia’s most famous monastery and it is very accessible from Yerevan. It is a unique architectural monument listed in the UNESCO World Heritage. This monastery complex is so beautiful that it is one of the most frequently visited. 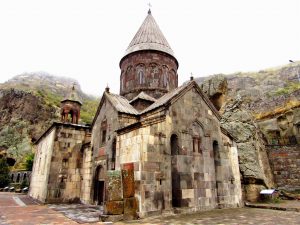 Haghpat Monastery (Haghpatavank) is located in the North of Armenian in the Southeastern part of Haghpat village. The meaning of “hagh pat” is “solid wall”. It was built in the 3rd century by Ashot Bagratuni. Construction of the main church of the large fortified monastic complex of Haghpat, dedicated to Holy Cross, began in 966. The parts of monastic complex are churches of St. Nshan, St. Grigor and St. Astvatsatsin.

Haghpat – the spiritual and cultural prominent center of Armenia, was included in the UNESCO world heritage list. 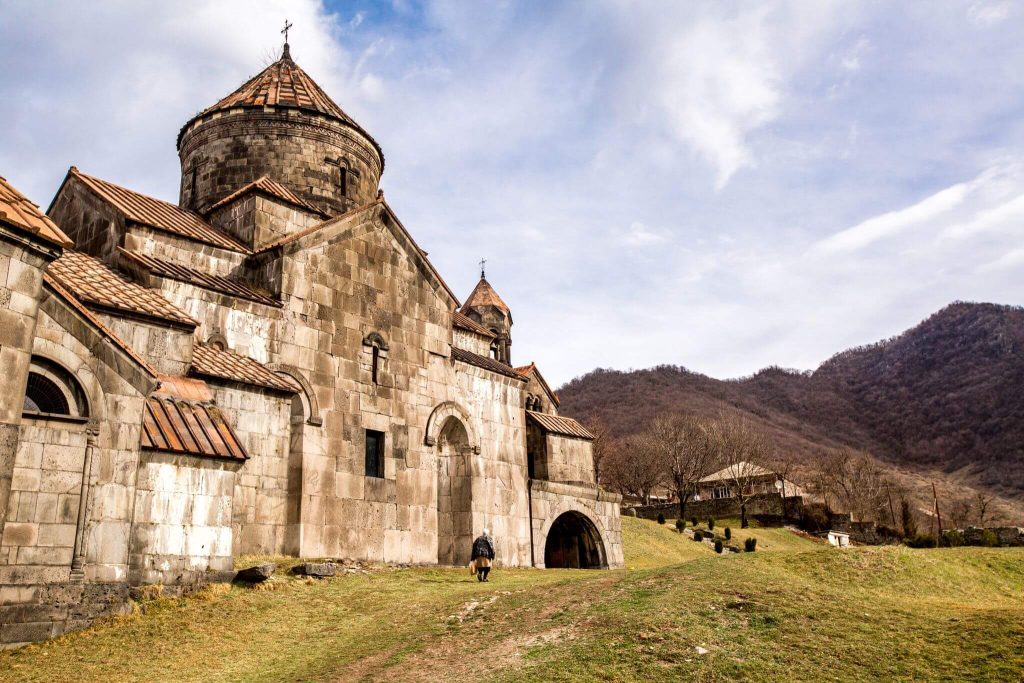