If you are looking for the best places to visit in Yerevan, you are in the right spot.

Yeravan is culturally rich and has special beauty that is impossible to find anywhere else. The people who live in this warm and welcoming city make the city even more special.  There are many beautiful places to see in Yerevan that you can see while traveling around Yerevan. For sure, the city will really impress you as it has a lot to offer to its visitors. Yerevan is famous for its squares, parks, historic monuments, ancient churches and monasteries. Here are the top 5 places you should visit in Yerevan. 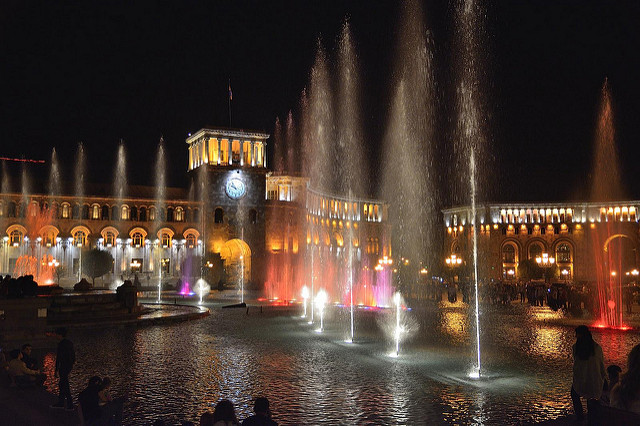 Republic Square (Hanrapetutyan Hraparak) is the most famous structure of Yerevan.  The square consists of two sections: the oval roundabout and the trapezoid-shaped section, its designer was Alexander Tamanian.

The Government House, the History Museum, the National Gallery, Armenia Marriott Hotel and the ministries of Foreign Affairs and Transport and Communications are around the square. In front of the museums are the Singing Fountains that are set to music. The fountains change their design according to the type of music played. No doubt, seeing Republic Square is a must.

Moreover, the main demonstrations during the 2018 Velvet Revolution took place at Republic Square, as it is not only the central town square but also heart of Yerevan.

Cascad Yerevan (Kaskad) is one of the biggest tourist attractions in the heart of the city. It is one of the best places to visit in Yerevan. It is a huge stairway linking the center of Yerevan to the Victory Park and the Monument neighborhood.

Literally, Alexander Tamanian suggested the idea of directly linking the Monument area to the city center as the center of Yerevan was lower and northern part was higher.

In brief, the whole complex is a gigantic stairway that has both inner and outer parts and each of those parts have their own architectural style. 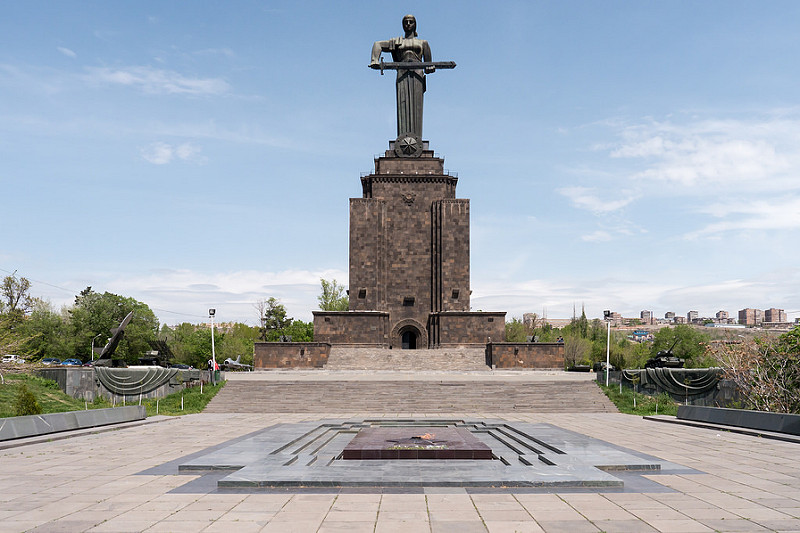 Mother Armenia (Mayr Hayastan) is one of the tallest and most amazing statues in Yerevan. It is 22 meters high. In addition, the monument together with the statue is 51 meters high. The Mother Armenia Statue holds a huge sword in her hands symbolizes peace through strength. It stands for all those Armenian women who were not afraid to take up arms and stand by their husbands during the clashes with Turkish troops and Kurdish irregulars.

The monumental statue is at Victory Park overlooking the capital city of Armenia. Its location on a hill overlooking Yerevan makes it look like a guardian of the city. The statue is truly amazing and its story dates back to the 20th century. 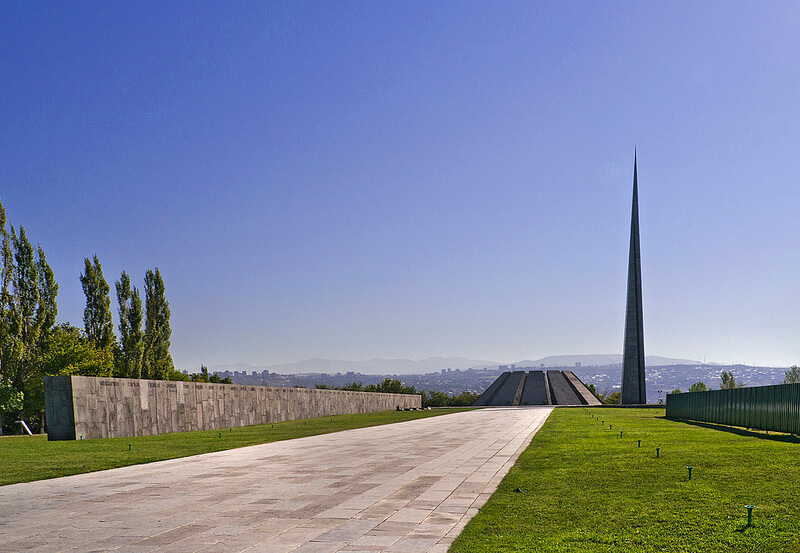 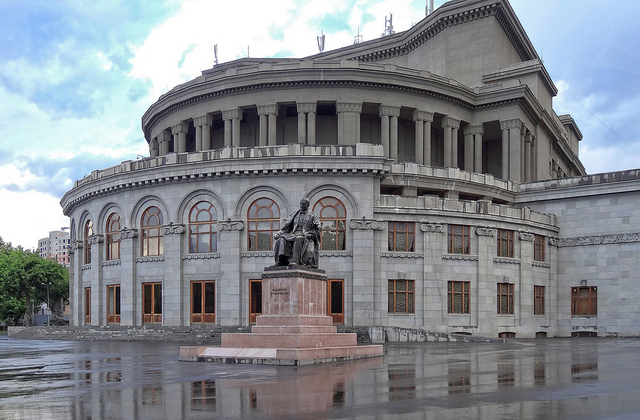 The Opera House is the treasure of the Armenian nation. It is located in the heart of the capital city Yerevan. The Opera house building is not just a cultural structure, but an architectural masterpiece, as its creator is world-known Academician-Architect Alexander Tamanyan. In addition, Alexander Tamanian also designed the building. The Opera house named after Alexander Spendiaryan officially opened in 1933. It consists of two concert halls: the Aram Khatchaturian concert hall and the Alexander Spendiaryan concert hall.